I’ve been looking into drones recently. I went to the SF Drones Start-up Meet-up, where I met the most bullish people in the UAV market, and I’ve been doing other meetings and research too.

I’m almost as bullish as the drone start-up people are – it’s a pretty wild-eyed group, but they are right all the same. I met everyone from a guy who is not delivering pot with drones, to a guy who made Uber for drone pilots, and saw a presentation on a high-powered tiny computer that’s like an Arduino on steroids – a little computer I might need for my drone idea. I got a chance to learn about a piece of radio hardware that will let most anyone fly a drone with an iPad from Fighting Walrus. I also met someone I already follow on Twitter, Colin Snow the Drone Analyst.

Seeing the demo of a drone fly and land on its contact charging pad (SkySense) was a thrill too – SkySense uses a clever hex pattern to ensure proper connection of charging contacts.

Photo from SkySense.com, of a Farm Drone

Drones will see commercialization and widespread use in the next 5 years, and drones will likely be the most common robot, kicking off the robotics age with a bang. The major tech advance that made this possible is the advent of cheap multi-copters. Unlike traditional remote controlled and autonomous airplanes and helicopters, multi-copters can withstand mechanical failure in flight without falling out of the sky, withstand high winds and hover in adverse conditions, and can be produced at such low rates that they can be sold for as little as $400 dollars, or even $1000-2000 for best-in-class consumer drones from 3D Robotics or DJI. A drone from 3D Robotics, the canonical drone company.

You can fly one of these cheap drones around for 40 minutes at a time with stock hardware, and fly it for 50 hours without need for major mechanical repair. As these numbers creep higher and maintenance gets easier, drones will become more and more useful for doing daily or weekly tasks.

The most obvious use for commercial drones is information gathering. This includes maps, photo imagery, real-time and recorded video, and even multi-spectral imaging for purposes like farming (e.g. to detect fungus on crops for treatment). Drones will widely replace security personnel, be used to make farming more efficient, and inspect remote infrastructure like pipelines and dangerous places in nuclear plants. The sweet spot for this new class of multi-copter drone is applications where you need to run a drone day in and day out, repetitively. That’s why drones will come to replace security guards and help farmers in ways that older styles of autonomous flying vehicles weren’t appropriate for. We’ll continue to use fixed-wing drones, airplanes, and satellites to do imaging that doesn’t require as much recency and repetition, but multi-copters are the thing you put on a cron job.

Similarly, doing routine non-surveillance tasks like watering crops and delivering fertilizer will also get droned, just at a slower rate because it’s a harder challenge with more stuff to build correctly. Before you see Amazon delivering packages with drones, you’ll see businesses using drones on private premises for mechanical tasks.

For my part, I’ll leave the hardware to everyone else. I see a lot of room to make software for this emerging drone market, and I might know more about maps, sensors, and software for remote places than the people in the market, even if I don’t have a drone.

Give it 5 or 10 years, but the Teddy Ruxpin of tomorrow is going to crawl, sort of converse with your kid, watch what your kid does, and report any problems back to you, electronically. I’ve been looking a lot at what robots can do – how mobile and smart and gentle they can be, and we’re at an exciting precipice. Teddy might start out with wheels.

Long before robots trick adults into thinking they are sentient, they will trick our children and our animals, who can sometimes hardly tell the difference between statues and the real thing. Robot companions for children will whisper words of love, sense consternation in the children, and encourage them to do educational things.

This, more than anything, may accelerate our collective intelligence. You can add up all the robotics manufacturing progress and war bots and vacuum cleaners, and it won’t stack up at all against the what we reap from a lot of early, interactive childhood play and education. Let’s see that IQ graph after the robot revolution.

And oh, the market… parents will do the buying, because they will love the idea of a roving baby monitor, with built in entertainment functions. The robots will start in the house, but soon you’ll see these little “toys” skittering around, behind children, all over the place. And then the children and robots will all play in groups, and we’ll eventually stop being able to tell the difference, from a distance, or perhaps even from close up. 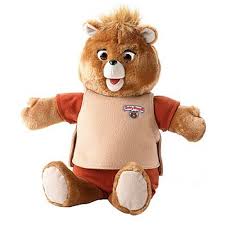 When I start thinking about a topic in depth, it makes me see the world through that prism. It’s happened to me with games like chess and go, and I’ve been thinking a lot about robots these days, and I am seeing robots everywhere.

As I came out of Nick’s Pizza this evening with my takeout for Anna, the baby and I, I noticed how my body reacted to the steep step down. I hadn’t seen the step at first, but I didn’t quite stumble or fall. Rather, my foot noticed the terrain was uneven before I descended too much. I sort of naturally wiggled my foot, glanced down to confirm there was an unexpected steep step, and left more or less gracefully with my stack of two pizzas, two salads, two cookies, and a glass bottle of coke.

So it’s sort of amazing that a human can do this – juggle an unwieldy stack of objects, and quickly (at least compared to Darpa Robotic Challenge robots) scamper along uneven and unexpected terrain. Klutz that I am, I’ll make the best bipedal robots look like fools in a dance competition, or a running-across-arbitrary-terrain challenge.

It’s an innocuous moment – an unexpected scamper down a step, that is – but when you think about what it might take to have a robot navigate steps, it’s a fun and interesting rabbit hole. You can think about how to mimic a human and what sort of algorithms and sensors and servos that might take, or you can think that maybe it would be easier if the robot was a tank or a soccer ball.

I see robots everywhere, in my stumbles, and in my 15-month-old son Adlai’s little struggles and triumphs with the physical world. It’s such an interesting thing to explore, robotics – movement and sensing and manipulation, that we take so many years to get right as animals, but we hope to be able to synthesize and conjure up in our machines.

It doesn’t seem odd to me, somehow, to suppose that millions of robots might walk and fly and buzz and zip among us in just the next few years. In fact, I’m starting to think its certain. Here’s a review of Nick’s Pizza too, while I’m at it.